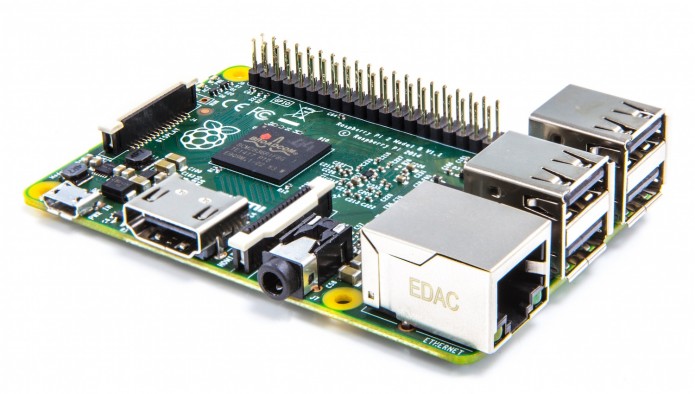 I’ve been using a Raspberry Pi Model B as a file server and backup in my studio for the past 3 years. It’s connected to an old 1TB harddrive and ran btsync (I now switched to Syncthing) and is basically my replacement for Dropbox – except unlike Dropbox I own all the computers my data is on. No NSA backdoors, and cheap!

I found I use my ol’ Raspberry Pi so much stuff that I could take advantage of the upgrades in the Raspberry Pi 2. Unfortunately simply swapping the SD card didn’t work, so I had to install fresh.

Here’s how I got started, before installing Syncthing (I may post about that later). This is how I setup a Raspberry Pi. You don’t have to do this, this is just what I do.

Get Raspbian on an SD Card

I use MakeMyPi for this. It’s fast and includes stuff I like, such as git, ssh keys, and wireless configuration.

Very handy stuff. Check it out if you’re not already using it regularly.

Clone the bash-it files. (You’ll need to have installed Git already of course)

These are the bash-it completions, aliases, and plugins I use, or aspire to.

Also, I like fasd, but barely understand it. And it really bogged down the old Pi. I may reinstall it on the Pi2 and give it another shot.

Add my own bash stuff

Note: bash-it has some similar ls+grep alias, but this is what I remember

The last two are really specific to me, but may inspire you.

I don’t know why I wrote the above and below as a function – it probably could be an alias. Maybe I had some future plan I forgot.

The -F flag forces fsck which is used to “check and repair a Linux filesystem”. That’s good for that 1TB drive I have attached.

I don’t use the gui of this RPi, though I may connect it someday. Or I may remove it entirely. In the meantime, I decreased the GPU Ram to give it back to the CPU.

Added this to the bottom

Then I go from there. Hopefully this is useful to you.

Our non-profit replaced Dropbox with this oDroid HC-1

How to apply to Eyebeam

How to Talk With Anyone