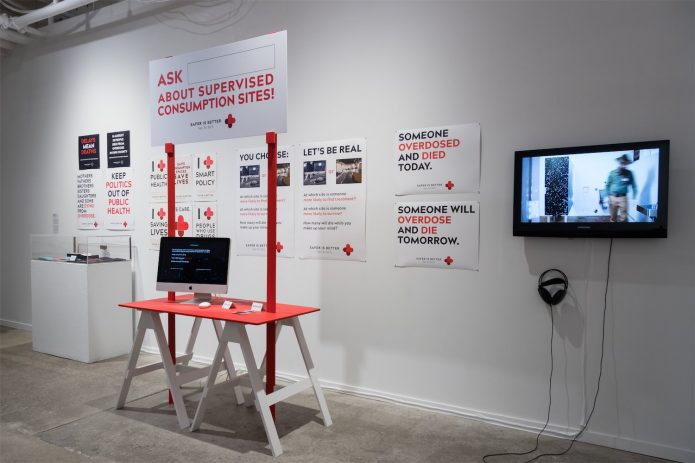 I was proud to be invited back to SPACES in Cleveland as part of their 40th Anniversary show, SPACES. SPACES helped launch Capitalism Works For Me! True/False in 2011.

For the anniversary show we featured recent signs, videos, websites, and other materials created for the YES to SCS effort in Seattle. It even had drafts of work that we never ended up using (so far) and contextual materials from the campaign.

We decided to do this because Ohio has the highest overdose death rates in the country. 8 people die per day in Ohio of overdose.

We called the exhibit, “WHY NOT, OHIO?”

Capitalism Works For Me! True/False

“Capitalism Works For Me! True/False” is touring Cleveland

Capitalism Works For Me! at SPACES through October 21st

I’m working on a new large scale project and hunting for materials. I’m posting what I’m looking for here in the hopes that someone can →

Working on another massive project at Spaces in Ohio