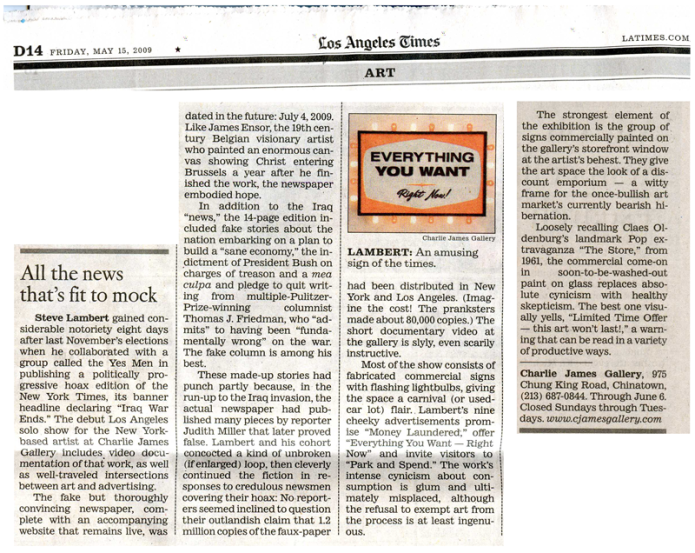 Christopher Knight reviewed Everything You Want Right Now! with some notes on The New York Times Special Edition for the LA Times.

Steve Lambert gained considerable notoriety eight days after last November’s elections when he collaborated with a group called the Yes Men in publishing a politically progressive hoax edition of the New York Times, its banner headline declaring “Iraq War Ends.” The debut Los Angeles solo show for the New York-based artist at Charlie James Gallery includes video documentation of that work, as well as well-traveled intersections between art and advertising.

Building Everything You Want v2

Everything You Want, Right Now! Catalog