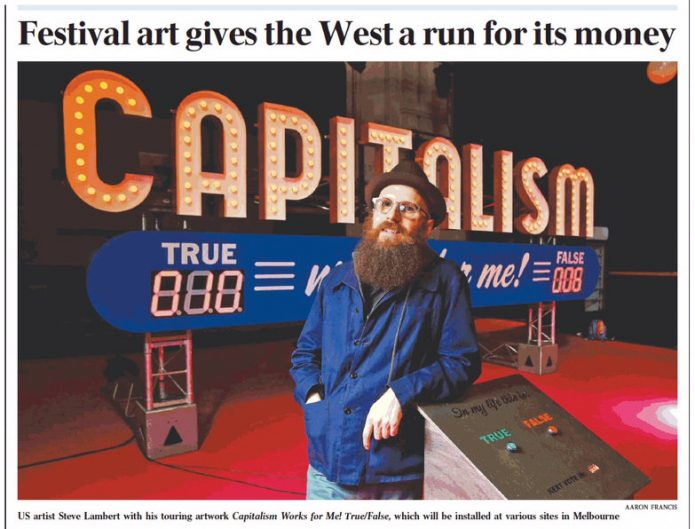 On March 12th the Capitalism Works For Me! True/False sign was covered in The Australian newspaper (it’s all behind a pay wall). The Australian is a national, News Corp owned, newspaper in Australia.

I like that their clever headline implies that my artwork threatens western economics. Flattered, of course.

Interesting bits about The Australian from wikipedia:

“Its former editor Paul Kelly has stated that ‘The Australian has established itself in the marketplace as a newspaper that strongly supports economic libertarianism’.”

The Special Edition on IFC Tuesday