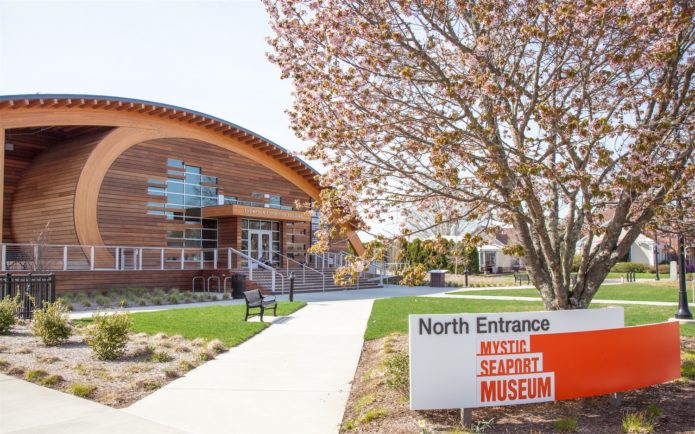 I have a work, “SAND OCEAN SKY – The Commons” included in Mary Mattingly‘s exhibition at the Mystic Seaport Museum called Open Ocean. 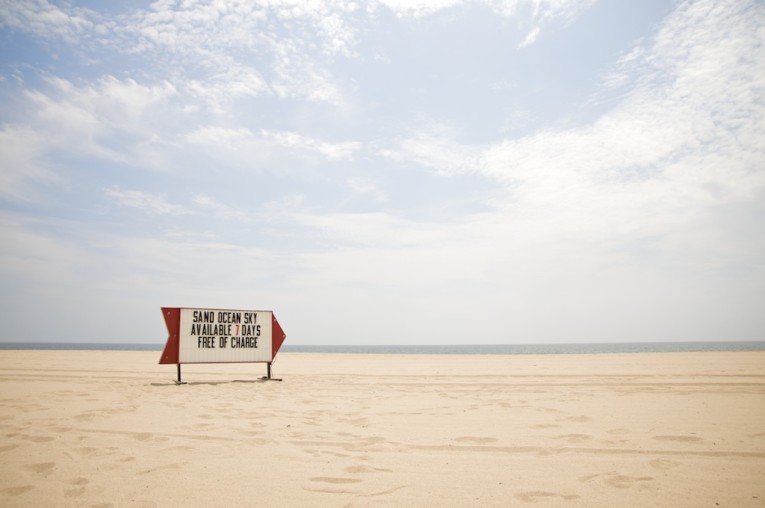 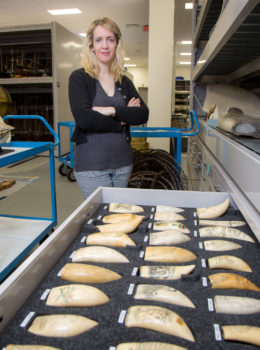 Mary Mattingly is a leading contemporary artist from Brooklyn, New York, with an interest in the sea as a platform for artmaking. In 2018, she was invited to participate in a “think tank” at Mystic Seaport Museum that brought together eight prominent scholars from across the arts and humanities to participate in a day-long discussion with Museum staff, management, and trustees. It was funded jointly by Henry Luce and Chipstone foundations.

The invitation to her was made because of the frequent intersection of her practice with maritime subjects, including her continuing installation, “Swale,” a barge-based food forest in New York City that provides fresh produce to residents by circumventing laws prohibiting agriculture in the city. Mattingly spoke at the program about her work, and the concept of an ocean commons – a space for us to come together, a place of respite from conventional governance, a global system both liberating in its vastness and malleability and crushing in the responsibility it endows us with.

After that session, the Museum applied for and received a substantial grant from the Luce Foundation to support the curation and development of three new collections installations and related programming. These projects will provide new perspectives on the art and ensure the continued preservation and refinement of the collections while also promoting public access.

Mattingly’s exhibition is the first of the three. For several months she has immersed herself in the collections vault, poring over artworks, opening drawer after drawer of artifacts, in search of “evidence of how the sea has always challenged the rigidity of modern, terrestrial life; how its very nature permits a different tenor of creativity.”

From that, she has developed an exhibition that examines the oceans from three perspectives:

So the stories the exhibition will tell are ones of time and space, invention and commerce, and climate change and depleted resources.