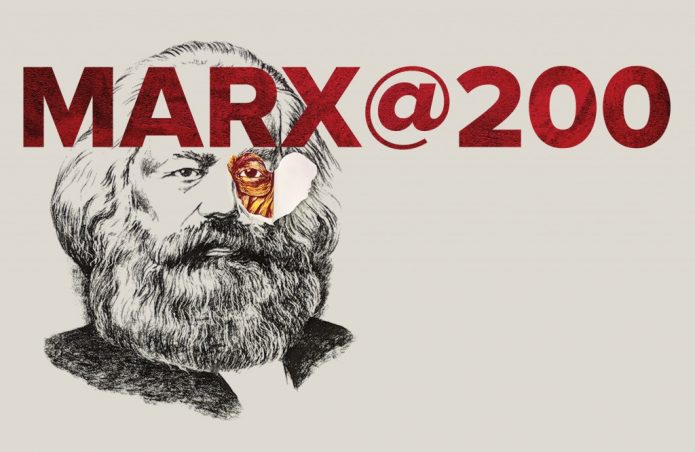 Capitalism Works For Me! True/False will be a part of Marx@200 at SPACE in Pittsburgh.

Curated by Kathy M. Newman and Susanne Slavick, Marx@200 will feature more than 25 works by artists from around the world. The artworks represent a diverse range of perspectives on Marx and his critique of inequality and capitalism, as well as his influence on political movements and regimes.

Marx@200 is an exhibit inspired by the 200th birthday of Karl Marx (May 2018). Some of the artworks in this exhibit engage directly with Marx’s image or his writings, while others confront capitalism and still others dream of revolution. Marx is a controversial political figure. His impact on the history of global communism is profound, but that is not this exhibit’s focus. Instead, Marx@200 is a spirited, playful, and international effort to respond to some of the big social and economic issues that peoples in Pittsburgh–and across the globe–are facing at this moment.

“As artists respond to both historical and current conditions, Marx’s legacy has shaped how and what they create,” said Newman, associate professor of English, who has also organized a series of lectures that examine Marx. “He is also becoming a popular culture icon in the digital age, with his image being used in countless memes and on products. We want to give people a chance to examine these phenomena and to reflect on the themes these artists have appropriated for their own work, from the rising tide of globalization to wealth inequality, to job loss and automation.”

Highlights from the exhibition include:

“Artists working within a variety of economic and political systems have contributed to this show, responding to Marx’s complicated legacy with appreciation or apprehension–and sometimes both. They invite us to consider his critique of capitalism and what it feels like to live in today’s globalized economy,” said Slavick, the Andrew W. Mellon Professor of Art.

Artists With Links to the Exhibition