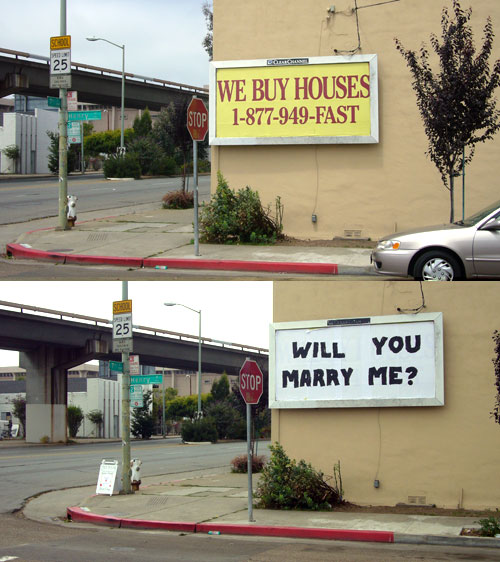 When I do stuff I arguably “shouldn’t” be doing, I prefer to do it in the light of day. If I get caught, I don’t want to have to run or hide. I want to say “Hi! Oh this? Yeah, I did this.” For example, if you wanted to paint over a financially predatory billboard it’s just a whole lot easier when you do it at noon with a ladder and write “Will You Marry Me?” In fact, everyone loves it. Neighbors come by and get excited. They cheer you on. People honk their horns as they drive by. The police just don’t show up – it’s not an issue! That’s how I like to work.

A billboard done in conjunction with Invisible Venue and a product of recent collaborations with Julia Schwadron. The billboard was on 7th and Henry St in West Oakland, CA. It is visible from the West Oakland BART Station and all trains heading towards San Francisco out of West Oakland.

I posted a how-to on Instructables. 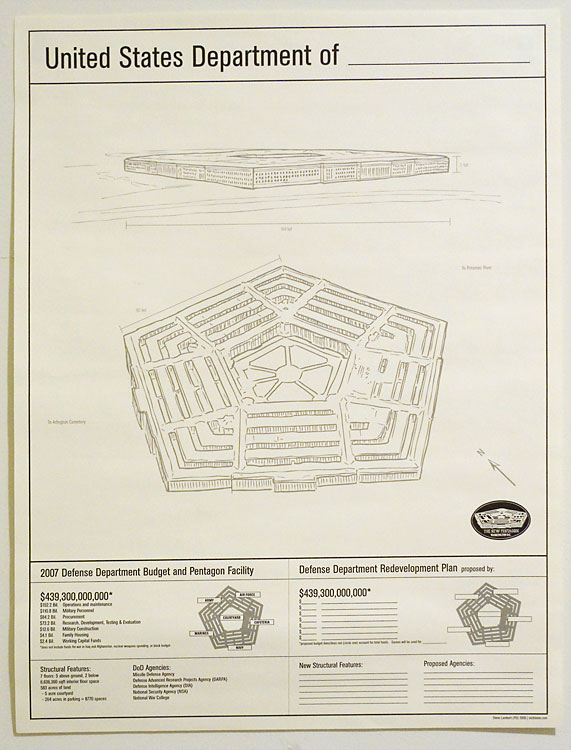 “Will You Marry Me?” in San Francisco Chronicle