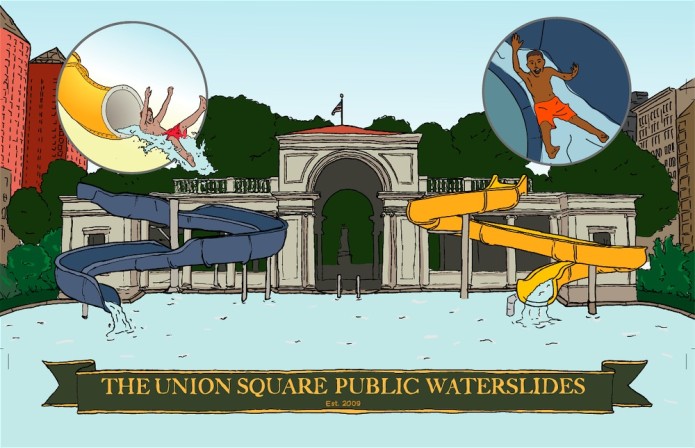 Union Square Not For Sale was launched in response to massive renovation of Union Square Park launched by Union Square Partnership, a local Business Improvement District (BID)/ Development Corp. The renovation included plans for a private, for-profit restaurant in the historic Northside Pavilion which was originally built as a parade stand and later used as a year round recreational shelter for women and children. The pavilion stands at the center of may of this country’s most important social movements, abolition, suffragette, civil rights and especially labor. The pavilion sits in the heart Union Square Park, an area that boasts the highest density of restaurants and lowest density of public space in the entire city. There are over 200 eating establishments within two blocks of the contested area.

Performance/Lecture for “Free” at New Museum

What is Trespass? A beautiful new book of “Uncommissioned Urban Art” compiled by the folks from Wooster Collective. I will be at the Taschen Books →