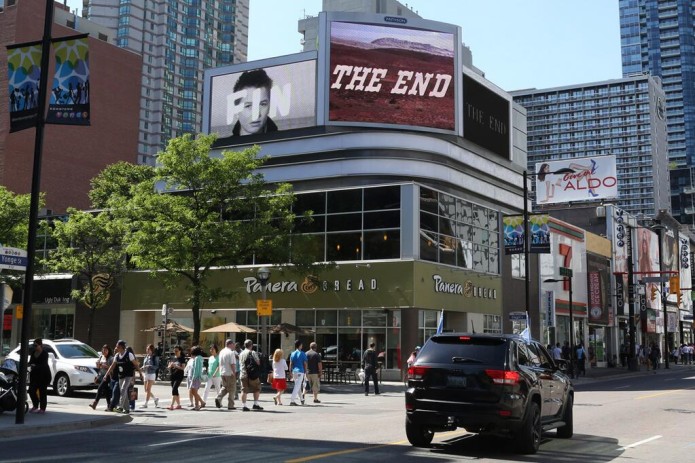 I’ve got another new work being exhibited up on the billboards of downtown Toronto on PATTISON Outdoor’s largest downtown video board located on the corner of Yonge and Edward Streets, just north of Dundas Square. Dundas Square is the equivalent of Times Square in Toronto and the area experiences more than 100,000 pedestrians daily.

The work will be featured in rotation throughout the day on the Yonge/Edward video board, with one of the videos screening approximately every minute across the 60 foot wide video display. The clips that make up The End are from closing “The End” titles various classic, lesser-known, and educational films.

The ads being played on the boards show fantasies of youth, leisure, romance, and power that also, apparently, will never end if you continue to buy the product. I can’t end advertising in Dundas Square permanently with this art project, but I can end it — in my own way — for about 8 seconds.