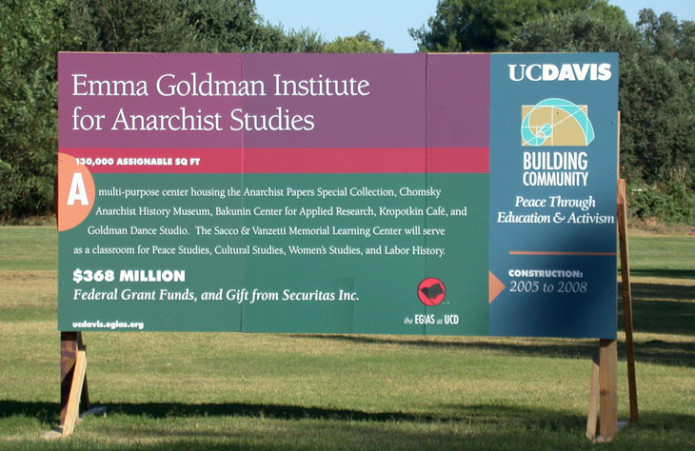 See how this was made.

I created my own sign, which matched the design of the official signs, for a building which had no official plan to be built. The university was open enough to have it officially placed on the campus as a sculpture. It was placed in an open field near a road through campus and was seen by students, faculty, administration, and guests of the campus. It also appeared in many newspapers and websites on the campus and in the city of Davis, including the Davis Enterprise, UCDavis Dateline, the California Aggie, and UCDavis Magazine.

I built a small website for the project: ucdavis.egias.org (no longer online). The site included a brief introduction to the philosophy of anarchism and links to resources on the web.

Off The Grid at En Em Art Space