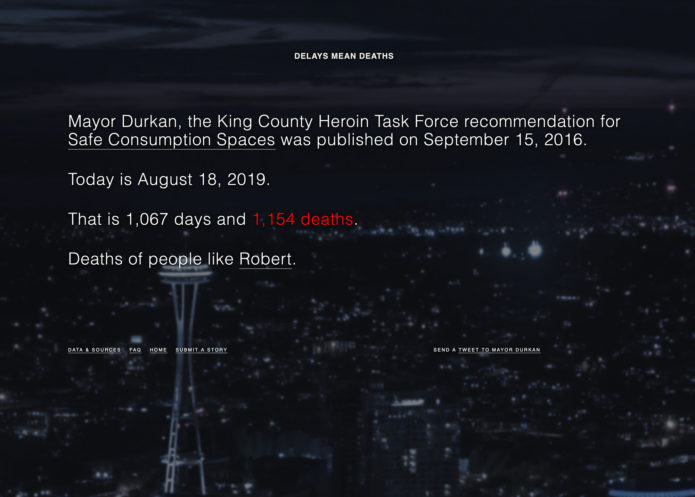 In 2016, the The King County Heroin and Prescription Opiate Addiction Task Force unanimously approved a recommendation to open a Safe Consumption Space. Safe Consumption Spaces (SCSs), also known as safe injection facilities, safe injection sites, or drug consumption rooms, have been saving lives around the world for over 30 years. There are now over 100 sites worldwide. There have been millions of injections at these sites and ZERO overdose deaths. (Learn more)

In the years that have followed politicians in the cities and county have dragged their feet. Meanwhile hundreds have died of overdoses.

We created this projcet as part of the Center for Artistic Activism‘s Accelerator Program with Seattle’s Public Defender Association.

We built the site on WordPress and published the code today on GitHub.