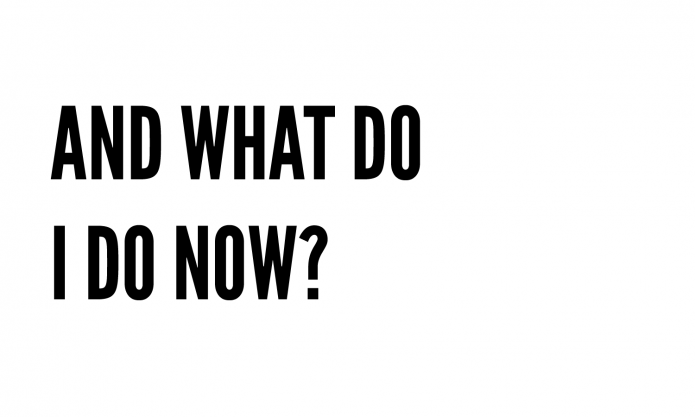 Those who visualize data can be reluctant to sully themselves in the messy world of emotions and empathy. If your goal is social change however, not only is it required, but we have to go much further. We must aim to change behavior.

The question of whether data visualization can elicit empathy or compassion is not controversial in my mind. Though for many at last week’s Responsible Data Forum on Data Visualization (RDFviz), it was up for debate. I understand the commitment to rigorous analysis stemming from the practice of statistics and a belief that those trusted to interpret data should not contaminate it with their own biases. I find this admirable and agree to a large extent. However, I come from a different angle: as an artist making work that’s grounded in reality, but intentionally persuasive in an effort to change culture.

Translating dry reports and databases into a format that resonates with human beings is one of the main purposes of data visualization. Though it might be easier if politics were based solely on reason and the rational interpretation of the facts, this is not how politics is practiced — like it or not. Our politics, and humanity, traffics in emotion and affect. To make data relevant, it not only needs to be visual, it needs to be affecting.

If you haven’t seen it, take a moment and watch this video version or experience the piece itself at guns.periscopic.com

The tone is solemn, it has it’s own pace, it conveys death, points toward the lost potential, and backs everything up with facts. It is an unqualified success in getting the participant’s attention and interest, communicating the issue and data behind it. It works emotionally, leaving one troubled.

Periscopic’s slogan is “doing good with data” — though if I’m only left troubled, isn’t there a bit of missed opportunity here? With such a powerful piece, can we do more good?

Data visualization for self-promotion, fun, or profit is measured on another spectrum, but when data visualization is being used for social change there are larger goals and a bigger purpose at play. We can use data visualization for more effective analysis. We are surrounded by information and need help sorting through it, verifying, analyzing, and finding the meaning and relevancy of that information. We can also use data visualization for advocacy. Periscopic doesn’t have to claim to be entirely objective or neutral in their presentation. They’ve opted for the dramatic, clearly making an effort to move audiences. But for these works to be even more impactful — to not just analyze problems or champion a position but help solve problems — it is critical for audiences to know what they can do: how they can act on the information.

When making data visualizations for change, we can ask: once the viewer understands the issue, what specific actions could they take? What would it require for someone experiencing this visualization to take the next step? And how can we incorporate the next step within our works?

Now, one may be tempted to dismiss determining how people should act and “issuing commands” as out of scope for the field of data visualization, but first consider the harm done when actions and behavior are not considered as an outcome.

There are many examples one could cite, but I’ll continue with Periscopic’s Gun Death Visualization because it is so profoundly moving. When watching it, I felt the reaction in my body. I saw more lines than I could count, extinguished as they arced across the screen, and knew there were many more thousands to come. My heart had already sunk in my chest when the month on the screen reached May. As the progression finishes at December, I may click around to view the stats another way, pick through more details, or click through to a news story about one of the deaths. At the bottom is a summary of “what this data reveals.” But ultimately I’m confronted with the devastating, and depressing reality of the shootings.

There is nothing for me to do.

There is nowhere for me to follow through on my outrage or despair. No government official to pressure, no legislation to support, no number to call, or organization to join. I’ve been more than convinced, I’ve been emotionally moved, and in this crucial moment I’m ready to do more. Unfortunately, through this powerful visualization, I’ve been confronted with a reality that I am led to accept, not change.

Without moving people to action, experiencing a visualization like this can be tremendously depressing and dis-empowering because it provides no agency for the audience. When we move people, we must offer a productive outlet for that motivation. Otherwise we confine people in compassion fatigue, frustration, and a resignation to the reality we present: evidence shows the world is colossally fucked, and there’s nothing you can do to change it. This lesson is learned and remembered. It leads people to be more cynical and less likely to take action on that issue in the future. If our goal is social change, then this can’t be the take-away we communicate to the world.

Once one sets a clear objective, to reduce gun deaths in this example, learning this reality is revealed as just one of the early steps. As seen above, good data visualization can expose people to the issue, capture their attention and interest, and even spur them to act for change. Data visualization then has an opportunity to lead audiences to act on changing that reality. Maybe even visualize what that changed world might look like.

How would Periscopic’s visualization change if the main objective was to reduce gun deaths? One possibility could be to compare the numbers for the United States against numbers from the same year for countries with different gun laws. The visualization could encourage people to fight to change campaign financing to weaken the gun lobby and increase democracy. The page could very simply include links to legislation or politicians to support, organizations or groups people can join or donate to, and major petitions to sign that would pressure politicians and effect real change. In fact, I did some quick research and found a few (see list of links below) and even a handy site called 30guncontrolactionsyoucantakenow.com.

Again, Periscopic’s visualization just serves as an example. To be fair, it’s been up for years and may have included such calls to action in prior versions. But that example illustrates a larger principle that applies to the whole field. Whenever a visualization deals with social issues and aims to affect change, it’s most impactful once the long term goals and intermediate objectives have been determined, as well as the most strategic actions audiences can take to make that change a reality. Data visualizations for social change are most effective when they consider ideal behavioral outcomes of the audience.

Again, one may be tempted to dismiss this as out of scope for those who create data visualizations. Although the list I made above wasn’t all that difficult to come up with, perhaps that’s a fair point. The ideas for outcomes I listed could probably be better because I’m not immersed in that world. Most people who do data visualization, like me, have a background in art or design, not in policy making or organizing.

If so, than at least one can recognize a blind spot and be sure to make strategic collaborations. Non-profits and NGOs ask for data visualizations because they understand that work is outside their skill set. Data visualizers can use like-minded organizations in similar ways. Rather than shoulder the task alone, organizations can help provide strategies and calls-to-action so effective data visualizations for social change have the most impact by leading people to effective, collective action.

Certainly creating accurate, clear, stunning, and even affective data visualizations is a formidable task. Adding ambitious goals and objectives may seem even more daunting. Though in my experience, determining good goals, objectives, and actions, and exploring, answering, and revisiting them regularly has made my work easier, gives rise to more inspired ideas, and has made my work stronger more effective.

Through moving people with data visualizations, we can help build movements for a better world. After all, if our goal is social change, let’s go after it.

A list of some organizations and possible collaborators working to reduce gun deaths: