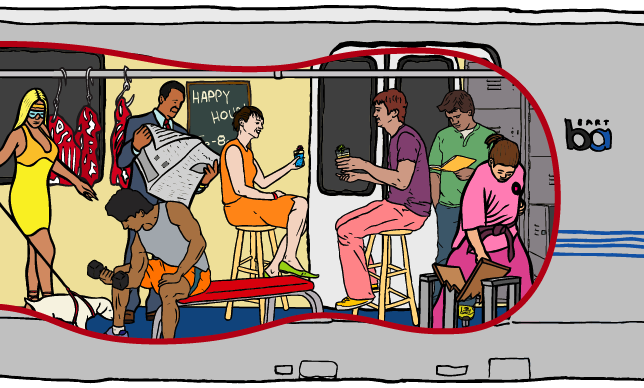 “Wish You Were Here!” Postcards From Our Awesome Future Packard Jennings and Steve Lambert asked architects, city planners, and transportation engineers, “what would you do if you didn’t have to worry about budgets, beauracracy, politics, or physics?” Ideas from these conversations were then merged, developed, and perhaps mildly exaggerated by Steve and Packard to create a series of 6 posters for the San Francisco Arts Commission’s Art on Market Street Program.

The edition of 24 posters can be seen between November 12, 2007 to March 14, 2008 on nearly every block of Market Street from the Embarcadero to the Castro.

Update: poster images have been uploaded. 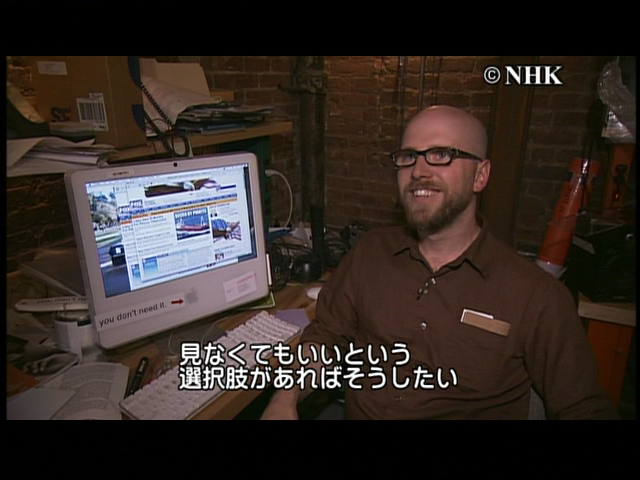 In July a television producer, Hiroshi Noguchi, came to the OpenLab and documented some of the projects we were working on for a public television program in Japan called “NY Streets.” The segment included a piece on AddArt and the drawings I was doing at the time with Julia Schwadron. I’m not allowed to post the video, so I grabbed some stills.

I was hoping my voice would be overdubbed and looking forward to hearing the Japanese version of me, but instead I was subtitled. Oh well. 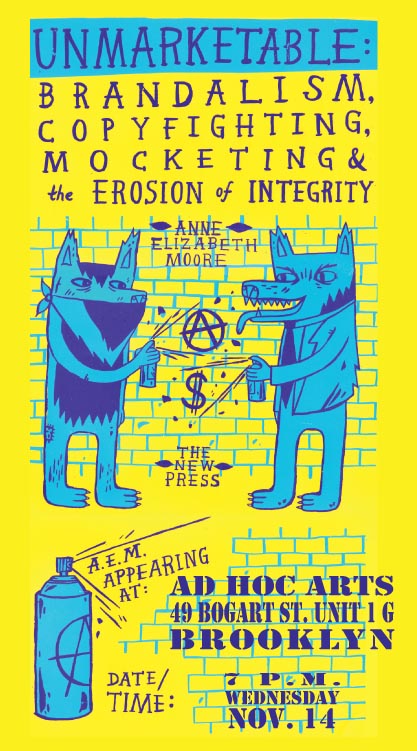 I will be speaking at a book launch/slide talk on November 14th in Brooklyn. Listen to Artists Space Curator Joseph del Pesco in conversation with Steve Lambert. The video adds commentary to the existing video of Ronald’s Crisis, Lambert’s organized effort to temporarily close every McDonald’s in Manhattan just a few weeks ago. 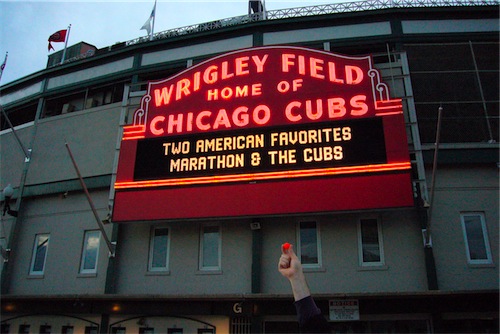 I stole the Red Ball from Lee Walton. The Red Ball then went to Cuba, to explore it’s redness. Now the Red Ball has gone to Chicago. I think they may have been playing the Reds that day. Completed while at the Eyebeam OpenLab. 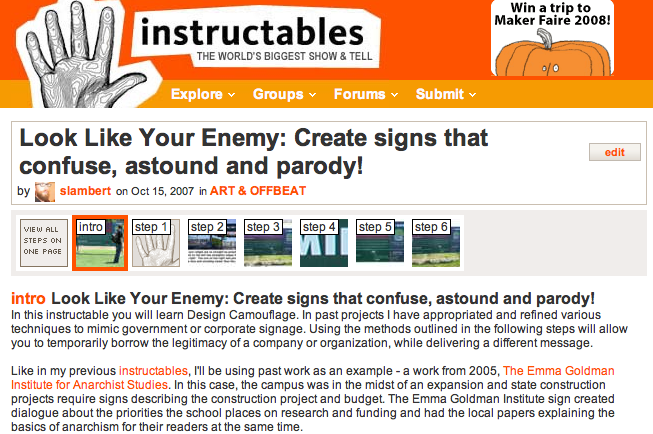 I just published step by step instructions on how to match fonts and mimic designs to look like corporate or government signage. I realized that over the years, I’ve refined a little technique that has become rather efficient and helpful. I pass it on in the hopes that others can use it as well.

Links to projects that use this technique in part or full:
Ronald’s Crisis
Emma Goldman Institute for Anarchist Studies
Soap Box (Crazy You)
Puppet Street Project

Completed at the Eyebeam OpenLab.

On September 15, 2007 Ronald McDonald, who had fallen in love with the food of New York and become frustrated with the corporate agenda of McDonald’s, stepped into action closing every McDonald’s store in Manhattan. The closure, while temporary, affected all stores and was accomplished using simple signs and tape.

Later that day, L.M. Bogad (of the Clandestine Insurgent Rebel Clown Army and author) appeared as Ronald McDonald giving a press conference. Also involved was writer/performer Kevin Crook as a McDonald’s corporate representative who somehow showed me up as a straight man. See the video:

Ronald’s Crisis was a direct collaboration with L.M. Bogad and Kevin Crook as co-writers and performers. The project involved the contributions of nearly 30 people, especially Jeff Crouse, and Brian Smeets. The kernel of the idea was developed at Eyebeam in discussions with Julia Schwadron, Mouna Andraos, and James Powderly among others.

UPDATE: Ronald’s Crisis was used as a template for the recent Rainforest Action Network protest in their campaign against Bank of America. See the slideshow here.

What was temporarily called the Top Secret Steve Lambert Project is no longer top secret. The project can now be known for it’s real name, Ronald’s Crisis. On the morning of September 15, 2007 every McDonald’s store in Manhattan was closed using 8.5×11 pieces of paper and tape. Ronald McDonald took credit for the stunt around mid-day and gave a statement in Union Sqaure at 4pm. See video, photos, and more….

At the Conflux Festival (more info), September 15th, I will be revealing the Top Secret Steve Lambert Project and I need help to complete it. If you can walk around Manhattan bit on on Saturday 9/15, contact me.

Using the simplest of tools, together we will shutdown (albeit briefly) over 85 manhattan outlets of an undisclosed multi-national corporation without breaking any laws.

Using the simplest of tools, together we will shutdown (albeit briefly) over 85 manhattan outlets of an undisclosed multi-national corporation without breaking any laws.

Steve Lambert (Anti-Advertising Agency, Eyebeam OpenLab) needs your help for a top secret project. This is not a gimmick. We’re not trying to create buzz. If word gets out too early, the whole thing could fall apart.

What’s it all about? Using the simplest of tools, together we will shut down (albeit briefly) over 85 manhattan outlets of an undisclosed multi-national corporation without breaking any laws. This project will likely get on the news.

More details below, or check out the Conflux site. END_OF_DOCUMENT_TOKEN_TO_BE_REPLACED